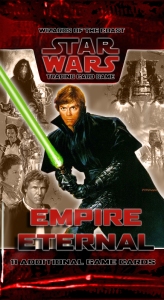 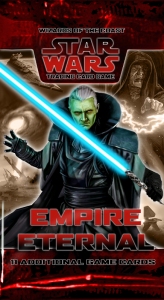 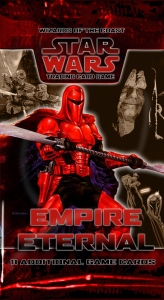 The elite soldiers of Emperor Palpatine’s Royal Guard were among the most feared in the galaxy – so feared that after the Emperor’s death, those who assumed power ordered the murder of all of them. But one, Kir Kanos, survived. From revenge to redemption, from the halls of Imperial power to the inner circle of the New Republic…Loyalty never dies.

This seventeenth SWTCG expansion from the Independent Development Committee (IDC) brings you 90 cards with characters from the Dark Empire and Crimson Empire series of Dark Horse comics. This set includes the reborn Emperor Palpatine, some of his most terrifying henchmen, and monstrous machines of war led by the apocalyptic World Devastators. So grab your deck of cards and call upon the crimson fury of the Empire or rally the forces of the New Republic to determine the destiny of the Empire. 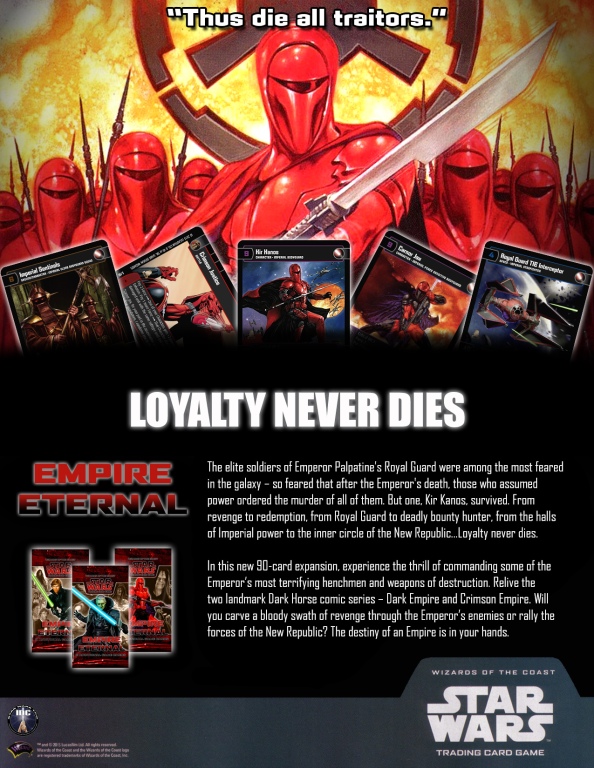 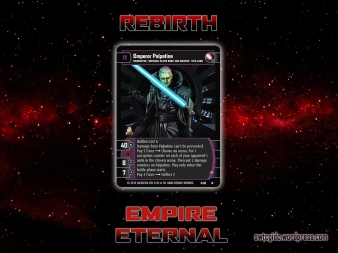 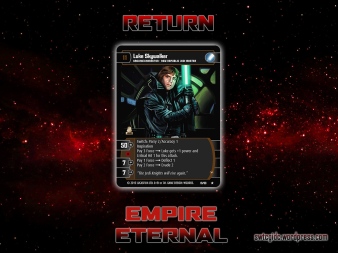 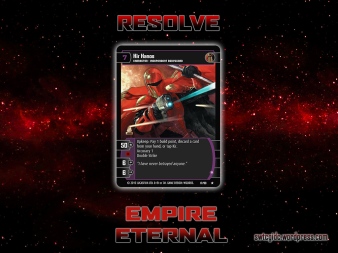 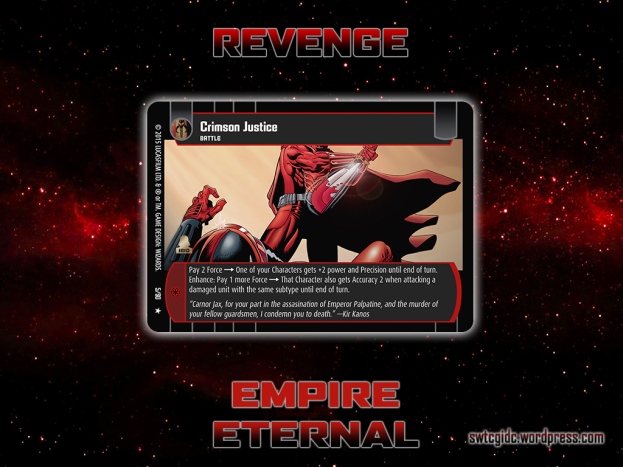 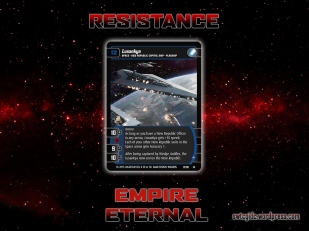 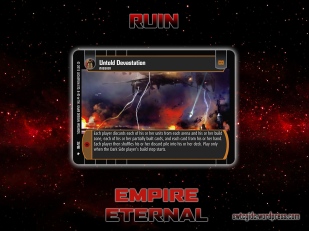