With the first official IDC expansion, Fall of the Republic, players will choose sides and bring the full power of the Clones under their command. This 120-card set will introduce the WOTC created (but never released) ability, Parry. This gives units the opportunity to prevent even more damage when a natural 1 is rolled.

Choose your side and continue the epic struggle.

Fall of the Republic is the eleventh expansion for the Star Wars TCG, but the first for the IDC. It features 120 new cards, including 10 promotional cards.

Based on Star Wars Episode III: Revenge of the Sith, this 120-card expansion introduces the following features: 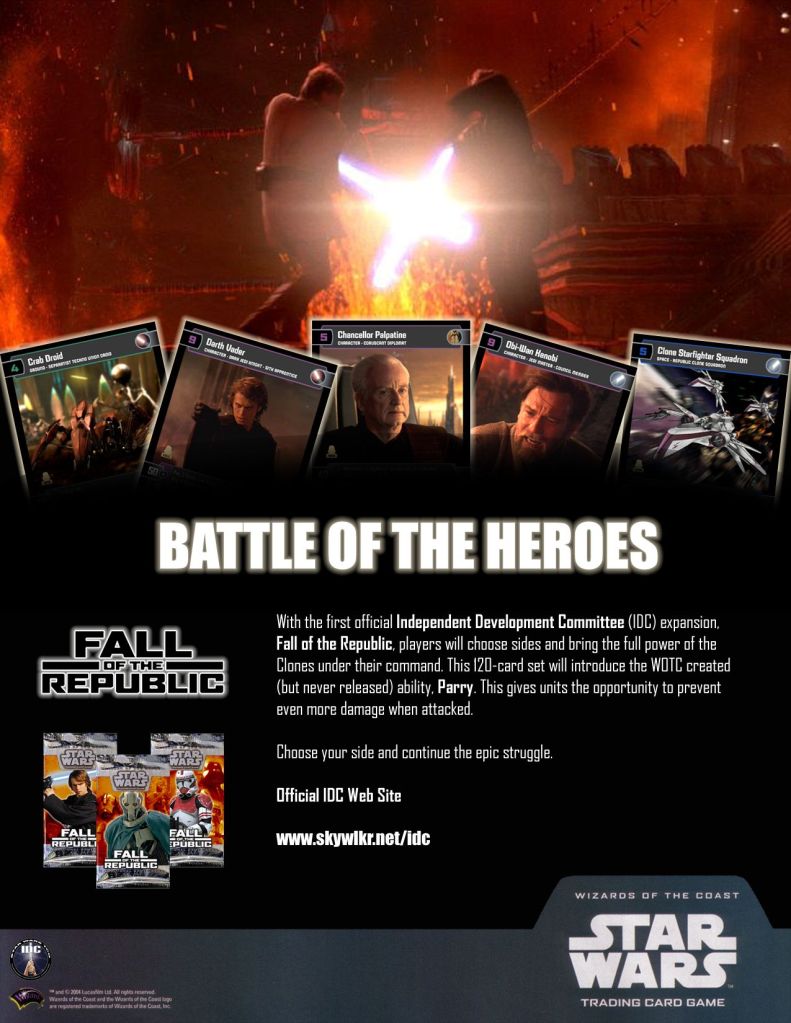 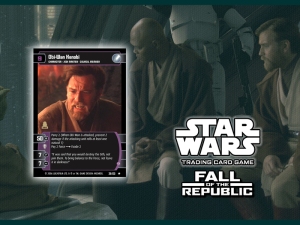 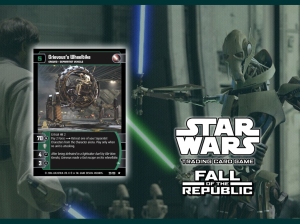 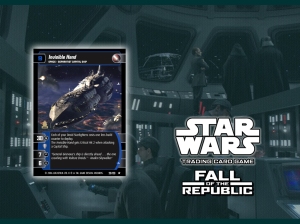 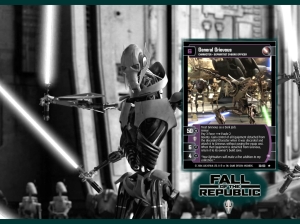