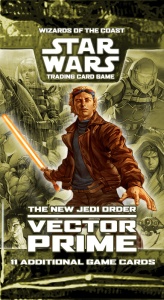 –
“Your civilization is built on abominations. Your galaxy is polluted. We have come to cleanse it.” —Tsavong Lah

They came without warning from beyond the edge of galactic space: a warrior race called the Yuuzhan Vong, armed with surprise, treachery, and a bizarre biological technology that proved a match—too often more than a match—for the New Republic and its allies.   Existing outside of the Force, the Yuuzhan Vong are masters of adaptation, subterfuge, brute force, and terror tactics. As they carve a bloody path through the galaxy, trillions of beings are killed; many more are enslaved or become refugees. Both the New Republic and Luke Skywalker’s New Jedi Order face extinction.  As war rages across the stars, will you join the Jedi and the New Republic in defending the galaxy? Or will you lead the Yuuzhan Vong to ultimate victory?

In this twenty-second SWTCG expansion from the Independent Development Committee (IDC), the choice is yours. Featuring over 180 cards, this expansion covers books 1—6 of the New Jedi Order, from Vector Prime to Balance Point, as well as the Invasion comic series.

This expansion includes the following features: 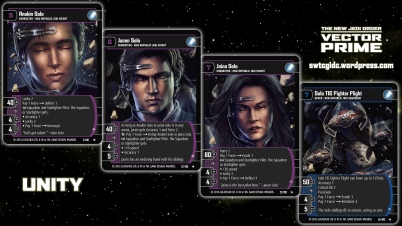 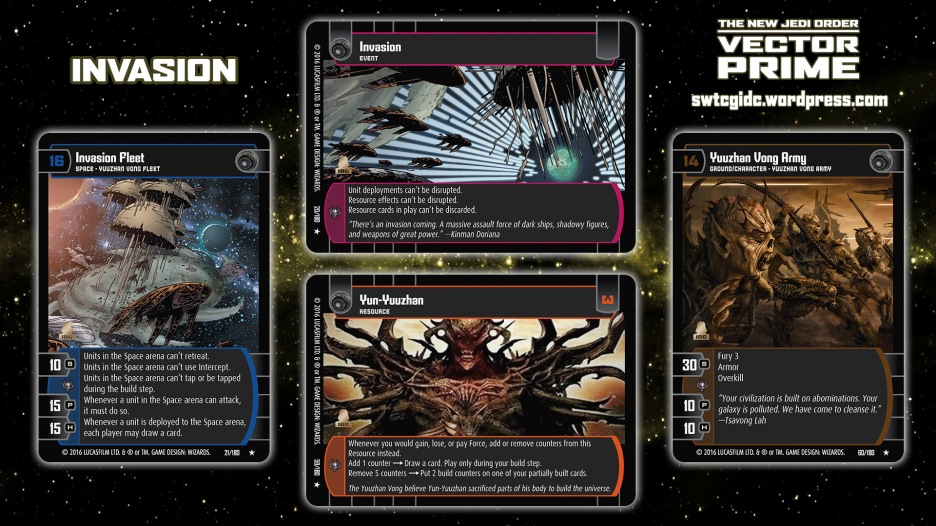